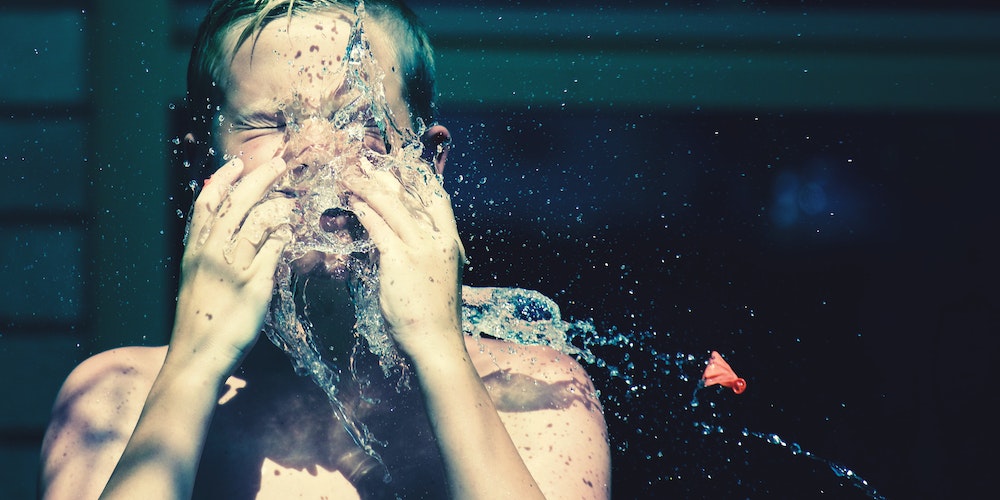 The refillable water balloons are intended to take the place of traditional, one-time-use water balloons, which are known to shatter and leave trash in public spaces like parks and gardens. Every year, single-use water balloons and disposable packaging contribute to the generation of more than billion of waste. The production of a product that functions just as well as, or even better than, traditional water balloons was a challenge. It was necessary for it to take in a lot of water and then expel it all in one messy splash. In addition to this, it was essential that the balloons’ landings not be painful in any way. Because of the importance of functionality, the components needed to be easily accessible and reasonably priced.

Cotton and wool did not function because they did not absorb a significant amount of water and they did not release it rapidly. Cotton and wool are notoriously susceptible to the growth of mold for the simple reason that they take so much longer to dry than other materials. And naturally, we don’t want items that can be reused to break down while they’re still being put to good use. Polyester proved to be the most effective of the materials tested. Because polyester is able to absorb a significant amount of water and then rapidly release it, the splats produced by these water balloons are even more effective than those produced by traditional water balloons (plus you get six splats before you have to re-dunk them!). It dries rapidly and doesn’t develop mold like other materials do. Because the material is gentle, the balloons won’t cause any discomfort when they touch down.

In a circular economy, one of our primary goals is to extend the amount of time that resources and materials are put to productive use. In a linear economy, the issues caused by things designed for a single use are far more severe than those caused by reusable objects created from non-biodegradable materials.

What about the practice of recycling?

Although recycling helps keep resources in use for longer, the process often results in the “downcycling” and degradation of most of the materials. The worldwide recycling system as it exists right now is unstable. It is difficult to know for certain whether or not the items we set out for recycling were really collected and recycled. The majority of New Zealand’s recycling occurs offshore, thus more energy is required to convey the items to a recycling facility. These plants are often situated in underdeveloped countries, which are less likely to have enough facilities to recycle in an effective and secure manner.

We have been putting in a lot of effort to make sure that our negative effects on the environment are kept to a minimum, and we need to continue making incremental progress toward a circular economy. The following is a list of some of the actions that we have taken: All of our packaging is created in New Zealand from PEFC-certified sources and is free of plastic. The construction of the packaging is intended to not need the use of adhesive. Every purchase is delivered devoid of any plastic packaging. People are strongly encouraged to wash the balloons in bags designed to capture microfibers. We are looking at several places that sell recycled polyester. At the conclusion of each balloon’s useful life, we collect and store it for possible recycling in the future.

Can You Pressure Wash Car Mats?